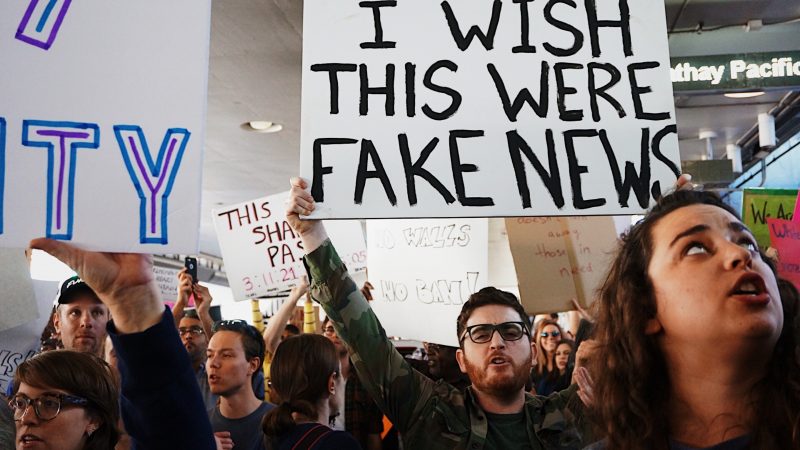 The pastor of Power House International Ministries in Chicago, Illinois, Antonio Rocquemore, irritated the LGBTQ community recently when he openly rebuked a male church member for attending a worship service dressed as a woman. The church member had been warned repeatedly prior to the incident he would not be permitted to do so, but disregarded those warnings.

Another of pastor Rocquemore’s members, James Lhuillier, thought the pastor’s open rebuke of the person was decidedly un-Christian. While I have serious questions as to how the cross-dresser and his defender became members of the church in the first place, this matter brings two issues into specific relief: the confusion over gender in our culture and what it means to be a Christian.

After his fast in the wilderness Christ was tempted by Satan to feed Himself by turning the stones into bread. Jesus replied by quoting from the Old Testament, “Man shall not live on bread alone, but on every word that proceeds from the mouth of God,” Matthew 4:4 (cf. Deuteronomy 8:3).

The very essence of what it means to be a Christian is to be like Christ.

The very essence of what it means to be a Christian is to be like Christ, to affirm what Christ affirms. So I believe “every word” in the Scriptures has been inspired by God from Genesis 1:1 to Revelation 22:21, there are no exceptions. It is why I have diligently studied the Scriptures for over forty-five years and I am on my fifty-third reading through them.

So I believe what God spoke to Moses, “A woman shall not wear man’s clothing, nor shall a man put on a woman’s clothing; for whoever does these things is an abomination to the Lord your God,” Deuteronomy 22:5. Ergo, I think the pastor would have been un-Christian if he had not openly rebuked the offender, and would have given tacit approval for others to sin in like manner.

Why is it an abomination?

It is an abomination to think you are something you are not, and try to deceive others about who and what you are. Cross-dressing is a veiled effort of an unveiled attempt to encourage a same-sex relationship, another abomination.

I believe the church is supposed to be a hospital for sinners and not a hotel for saints, but we come to Christ for forgiveness for our sins, not to flaunt them. Our culture has mistaken God’s patience for His permission, and would feel much more comfortable in its sin if Christians would be a little more compromising.

The consequences of compromising

But compromising the truth would destroy our witness and be a bad example for the culture’s welfare. In the end it is His approval we seek and not the approval of men (John 12:43).

Those who practice perversions seem to crave the approval and acceptance of others who are unwilling to forsake the realm of reality to join them in their fantasies, and they subsequently become frustrated and depressed, even suicidal. While I do not want to see anyone injure themselves; I don’t believe placating their make-believe world is the biblical approach.

Philippine President Rodrigo Duterte seems to be unhappy with the Catholic Church and has said he would resign if anyone can prove God exists. Just last month he said God was stupid. Which is it? God cannot be stupid and not exist at the same time. And if He does exist, it would be foolish to call Him stupid.

If this is an example of atheistic reasoning don’t expect to talk me out of my faith. Atheists appeal to reason because they think it displaces faith; they think the two are mutually exclusive. The truth is both exist within everyone. The question is not whether reason supplants faith; the question we should be asking is your faith reasonable, because everyone has a belief system that cannot be proven.

What Duterte did not stake his presidency on…

An atheist wrote that “atheists do not believe in believing,” but that is a complete lie. They believe there is no God or an afterlife, but cannot disprove either, all they can say about such things are what they believe, because they have no proof. The atheist does “believe in believing.”

The difference between the Christian and the atheist…

The difference between the Christian and the atheist is the Christian is honest about what he believes. “Now faith is the assurance of things hoped for, the conviction of things not seen,” Hebrews 11:1. Faith is believing in things that cannot be “seen.” An atheist believes in things that cannot be seen also, he merely attempts to cloak what he believes in reason.

Ravi Zacharias has said, “God has provided enough evidence to make it reasonable to believe Him; yet has left enough out that we cannot come to Him by reason alone; we must come by faith.”

There is enough observable design in the natural realm to deduce an intelligent designer, but He has designed things in such a way that it still requires faith, a trust in His word, to know Him. And if one is unwilling to even admit He exists, how can that one expect to know Him.

The fact that God exists is innate. Paul speaking of unbelievers declares, “that which is known about God is evident within them,” Romans 1:19. Atheism is not so much a denial of God’s existence as it is an expression of their frustration that God does not act in a way that they think He should.

They would serve God if they could do so in an advisory capacity, but they refuse to yield to a God they believe is “stupid” and fail to consider their judgment is imperfect or impaired.

C. S. Lewis said, “I believe in Christianity as I believe the sun has risen: not only because I see it, but because by it I see everything else.” That statement for one who believes has the ring of reason.